Work completes on multi-million pound expansion of The Chantry School

Work completes on multi-million pound expansion of The Chantry School

The Chantry School in Martley has undergone a £2.25m transformation over the last twelve months, allowing them to increase pupil numbers by 30 additional places per year.

Providing education for pupils aged 11-16 years, the school – which has an ‘Outstanding’ Ofsted rating – had been oversubscribed for a number of years. The additional facilities have allowed an extra class to be added to their Year 7 intake each year for the next five years, with pupil numbers set to eventually reach 875.

National building contractor Speller Metcalfe – who have their head office in Malvern – were appointed to deliver the expansion works.

The first phase of work started in August 2017 and included the construction of two single-storey extensions – one providing four additional maths classrooms and the other an office and store room. Further refurbishment works also took place throughout the school including remodelling of the drama block and the creation of a new learning support classroom.

The second and larger phase of works which completed in time for the start of the autumn term involved the demolition of a stand-alone science lab to make way for the construction of a new six-classroom Humanities block.

The science block has been remodelled to create three new science classrooms as well as the school’s café and staff room being extended and a new reception and office area built at the entrance to the school.

Speller Metcalfe Divisional Director, Bill Cave, said: “Being local to the area we were delighted to work with The Chantry School on their exciting expansion project.

The school are already making great use of their new facilities and we hope that the new buildings and classrooms will be enjoyed by students and teachers for many years to come.”

Headteacher Andy Dickenson, said: “The Chantry School are delighted with their new buildings and internal changes completed by Speller Metcalfe.

The team on site were very helpful at all times and worked with us through the challenges that a large build on a busy school site can bring, delivering a first-class building on time with a minimum of disruption to our normal work.” 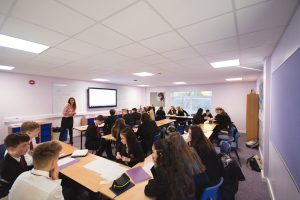 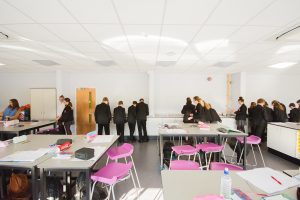 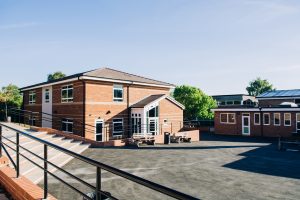 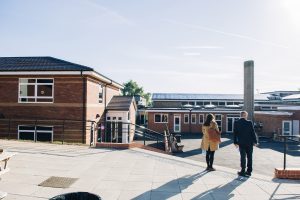 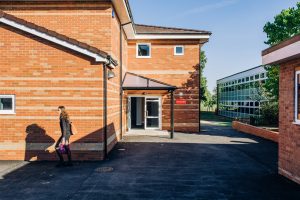 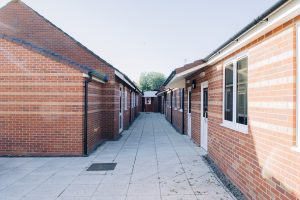